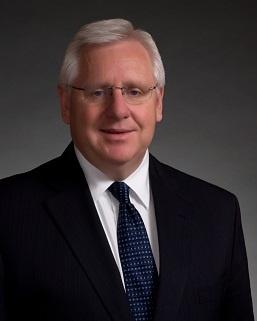 The Rev. Dr. Matthew Bates, Centenary’s senior pastor, was born in Oklahoma and grew up in mostly small towns where his father was a United Methodist pastor. He met his wife, Amy, at Southern Methodist University in Dallas, TX where she was working on a Master’s degree in piano pedagogy, and Matt was a student at Perkins School of Theology. After finishing their education, they moved to North Carolina, Amy’s home state, and began ministry in the Western North Carolina Conference. He served churches in and around Kannapolis, Concord, and Hickory, NC.

In 1997, they moved to Richmond where Matt began work on a Ph.D. in Theology and Ethics. Feeling called to urban ministry, Matt served Central UMC in Richmond for 7 years before a 3 year stint at Verona UMC in the Shenandoah Valley, and then had the privilege of being appointed to Centenary in 2011. Matt, and his whole family, love Centenary’s warmth, commitment to mission, its excellent worship, and its desire to reach out in love to all of God’s people.

Matt has served beyond the local church in several ways. He has been a member of the Virginia Conference Board of Ordained Ministry, and is currently a member of the Pace Center for Campus and Community Ministry Board and chairs the Richmond District Committee on the Superintendency. He also serves as an Adjunct Assistant Professor at Randolph-Macon College where he has taught courses in History of Christianity, Eastern Religions, Western Religions, and Christian Ethics.

Matt likes to pick around now and then on the guitar and imagine that he’s Johnny Cash or Hank Williams. He loves sports of all kinds and has become a Nationals fan since living in Richmond. He enjoys spending time with Amy and his two adult children Rachel and Justin, who try to help continue his education for living in the modern world.

Matt holds the following degrees: B.A., Theological and Historical Studies, Oral Roberts University; M.Div., Perkins School of Theology, Southern Methodist University; Th.M. Duke University; and Ph.D. Union Presbyterian Seminary. His dissertation was an effort to find answers that had long intrigued and confounded him from his work in ministry, trying to find ways to resolve and understand some of the tensions in major strands of Protestantism. The title of his dissertation was Growing the Church, Resisting the Powers, Reforming the World: Three Options for Ecclesial Faithfulness in North American Protestantism. If you’re ever having problems with insomnia, he’ll be glad to loan you a copy. 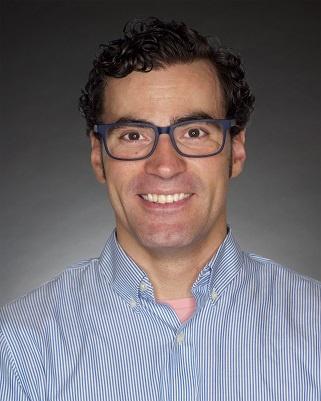 Rev. Drew Willson is our Minister to Young Adults. In this role, Drew works with our young adults and our leadership to help us reach young adults here in downtown Richmond.

Drew and Shea were married in 2009, but they met as fellow musicians and divinity students at the Candler School of Theology at Emory University. Before moving to Atlanta, Drew had spent the previous year with the Iona Community in Scotland after graduating from the University of Virginia in 2004.

Drew gets excited about the gospel of transformation that Jesus announces at the start of his ministry: “Now is the time! Here comes God’s kingdom! Change your hearts and lives, and trust this good news!” (Mark 1:15). He celebrates seeing that our hearts and lives really do change in the church – even if it’s not always the way we expect or want. That's the kingdom of God for you.

Drew believes that just about everything is soulful and sacramental in some way or another, including: communion, baseball, jazz, singing, sailing, the Chesapeake Bay, the Appalachian Trail, and songwriting. He has released two albums of original songs, Inviting Storms to Town and Ritual Matters, and you can learn more at drewwillsonmusic.com. 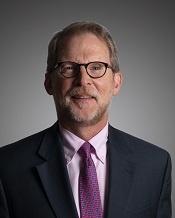 
Rev. Tim Gerde is the Coordinator of Older Adult Ministries for Centenary. In this role, he seeks to share the love of God and care of the congregation with our older adults. Tim is a retired pastor who most recently served Duncan Memorial United Methodist Church in Ashland. Tim has a distinguished record of service in the Virginia Conference, having served in a variety of settings, including Fairfax UMC and Peakland UMC in Lynchburg. Tim attended seminary at Wesley Seminary in Washington, DC and also completed a Doctor of Ministry there. Tim also has extensive training in Clinical Pastoral Education and led several of his congregations in forming and sustaining Stephen Ministry programs, a program that equips laity to care for one another. He brings this wealth of experience along with a love for God and people and an enthusiasm for pastoral work to share with us here at Centenary. Tim enjoys fishing and travelling and was an adequate hockey goaltender in his younger years! 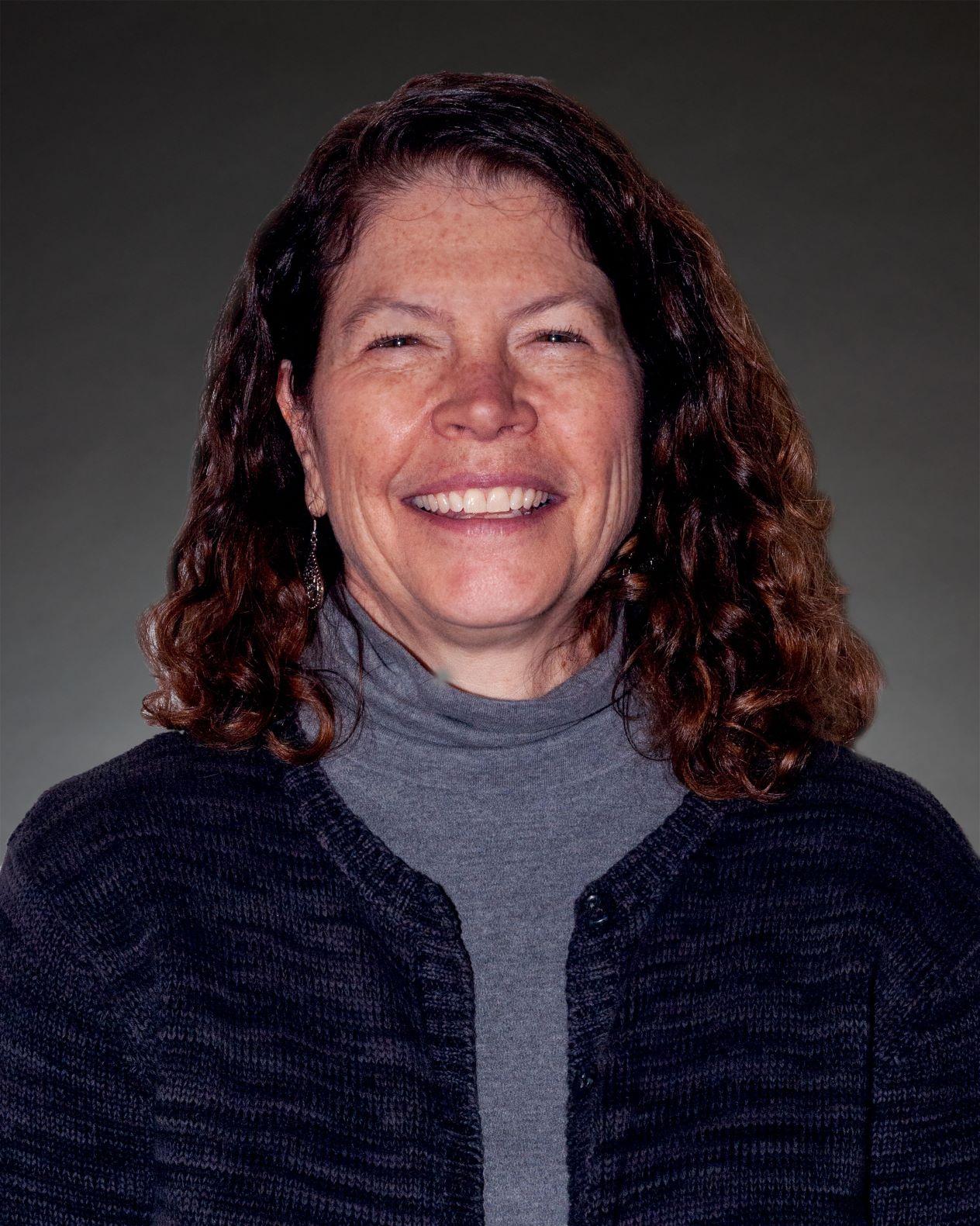 Laura Nealley is our Administrative Assistant. She runs the office and manages the church calendar, newsletter, and many other important things! She has 10+ years of experience in church offices and is enjoying the wonderful community at Centenary. She has one husband, two grown children and one small dog. A few fun facts: she is a Nationals fan, knows sign language (no longer fluent), and was once in the Guinness World Records book. 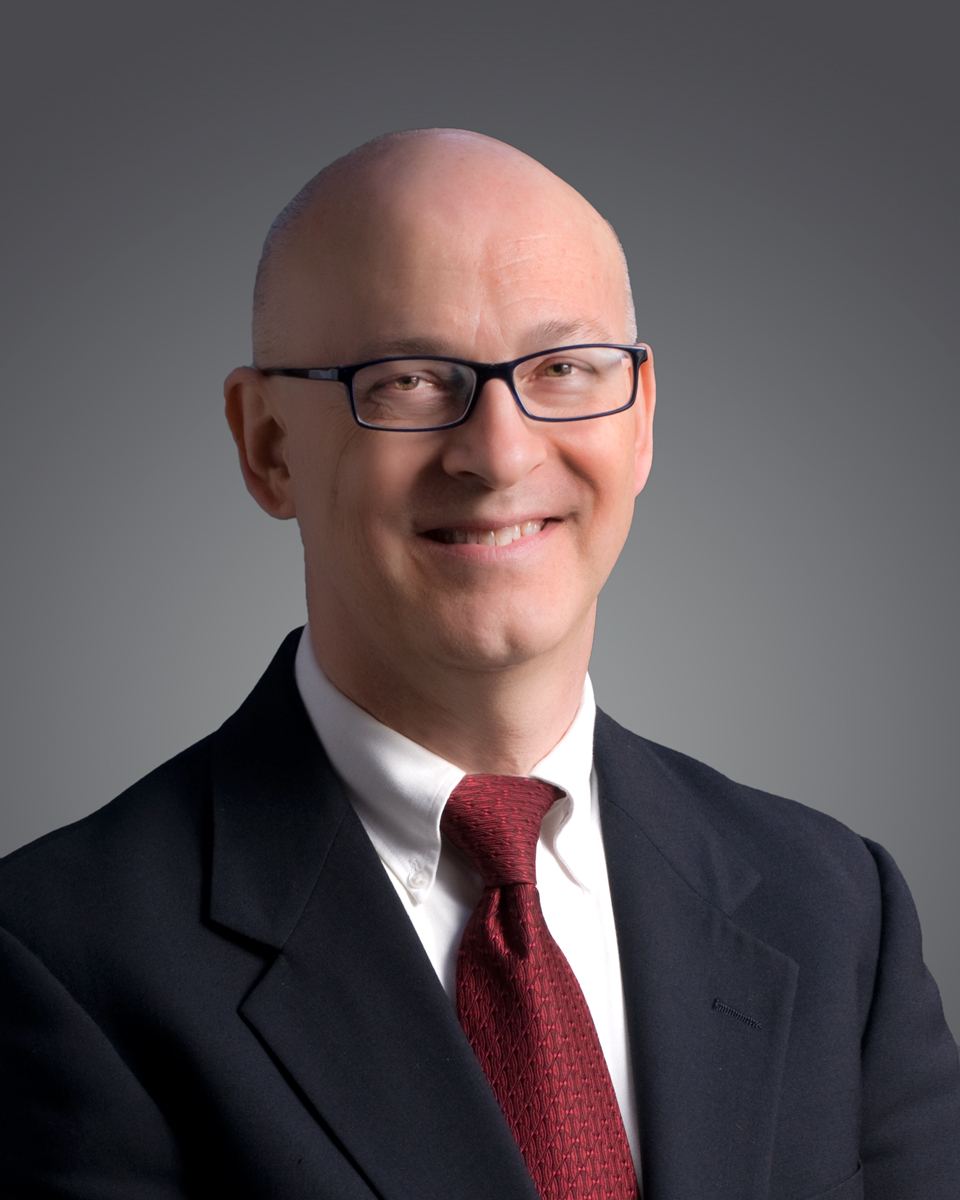 Stanley Baker directs the chancel choir and plays the organ for the traditional 11 a.m. service each Sunday and plans the music for these services. Stan is originally from Winfield, Alabama. He has been at Centenary since January 8, 1991 and has enjoyed the friendly people and the congregation’s appreciation for good music. Stan is a member of the American Guild of Organists and loves to collect and raise orchids and is a member of the Virginia Orchid Society. Stan received his training from the University of Alabama (Bachelor in Organ Performance) and Westminster Choir College (Master of Church Music). 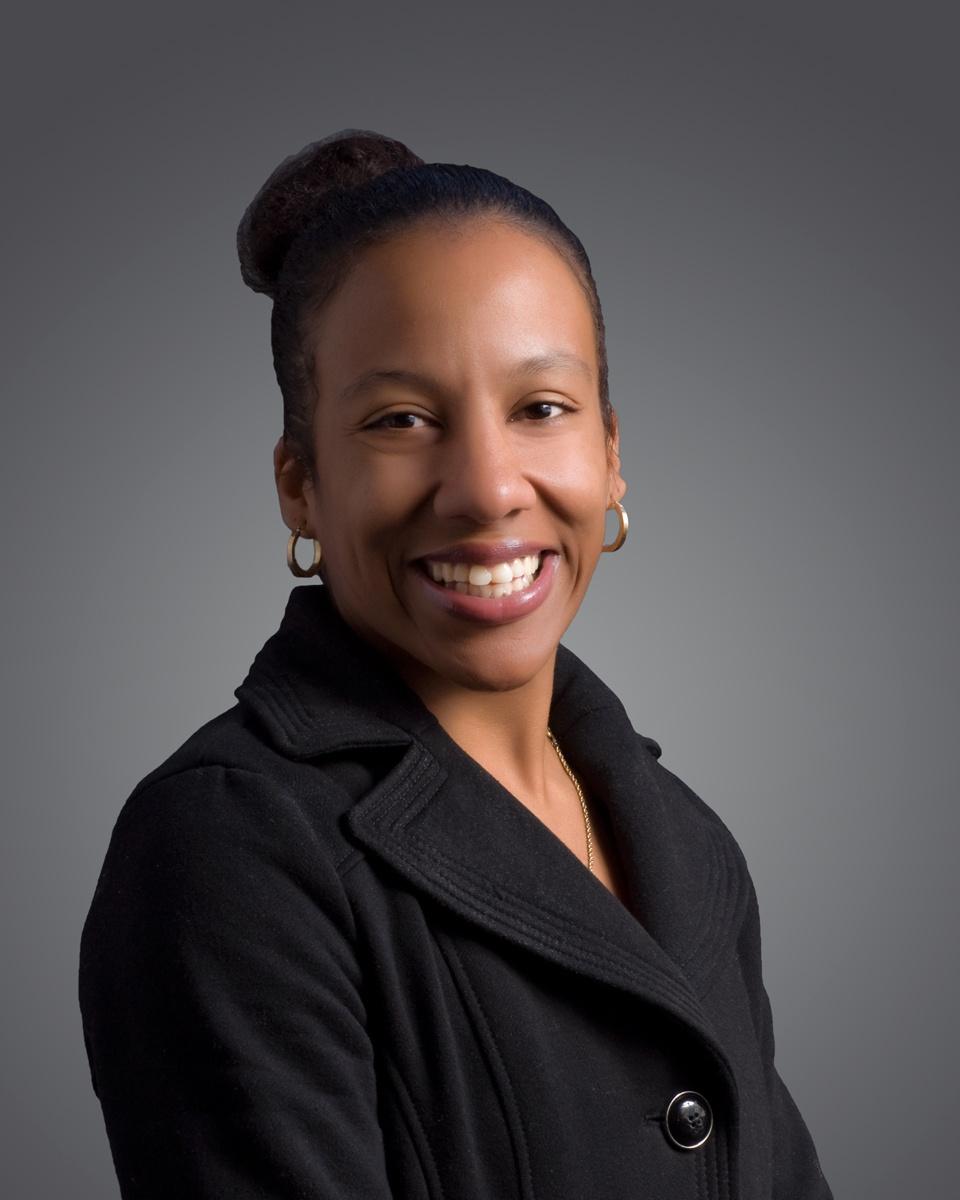 Melissa Martinez has been a Nursery Worker and Sunday School teacher at Centenary since 2010. In her role she educates the children about God and helps them grow in their faith. Her favorite thing about Centenary is the history and the way it feels like a family. She was born in Brooklyn, NY, grew up in Henrico County and attended the Center for the Arts High School for dance. She continues to dance today and also enjoys working with kids in the community through the YMCA. 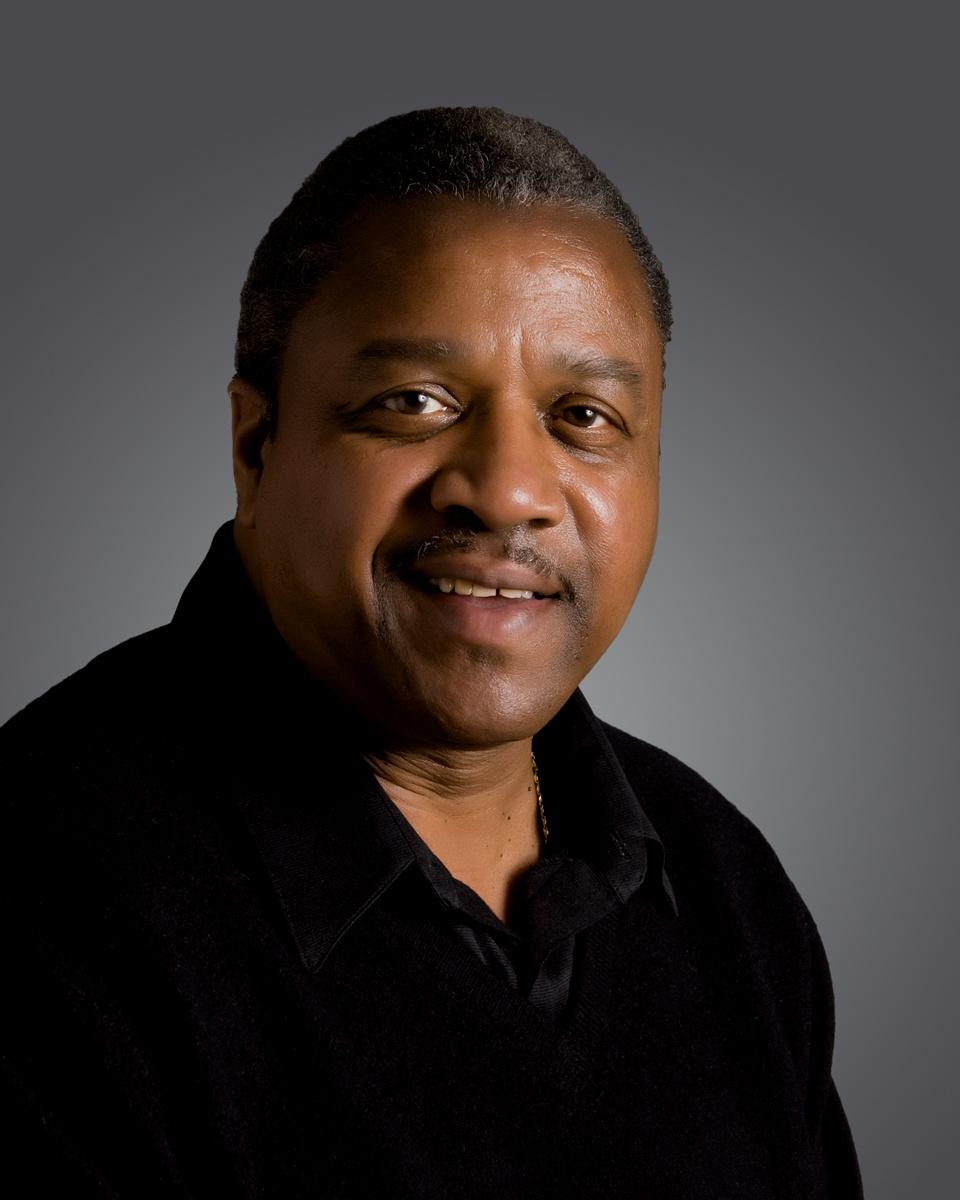 Al Richardson is the Facilities Manager at Centenary. He makes sure that Centenary’s members, volunteers, and visitors feel welcome and have a clean and safe environment for our church activities. Al enjoys football, listening to gospel and jazz music, attending Masonic Lodge meetings, and spending time with his family. He is proud of his grandson, who plays football with the New York Jets. Al is from Richmond, and his favorite thing about Centenary is the way you always feel welcomed with open arms. He likes being able to make people happy and uplifting his homeless friends. 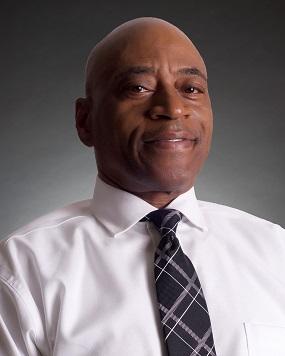 Ronald Towers is the church sexton. He is originally from New York City and began working at Centenary in January 2018. He helps keep our church facility clean and ready for events and activities. He enjoys football and basketball and making people happy.