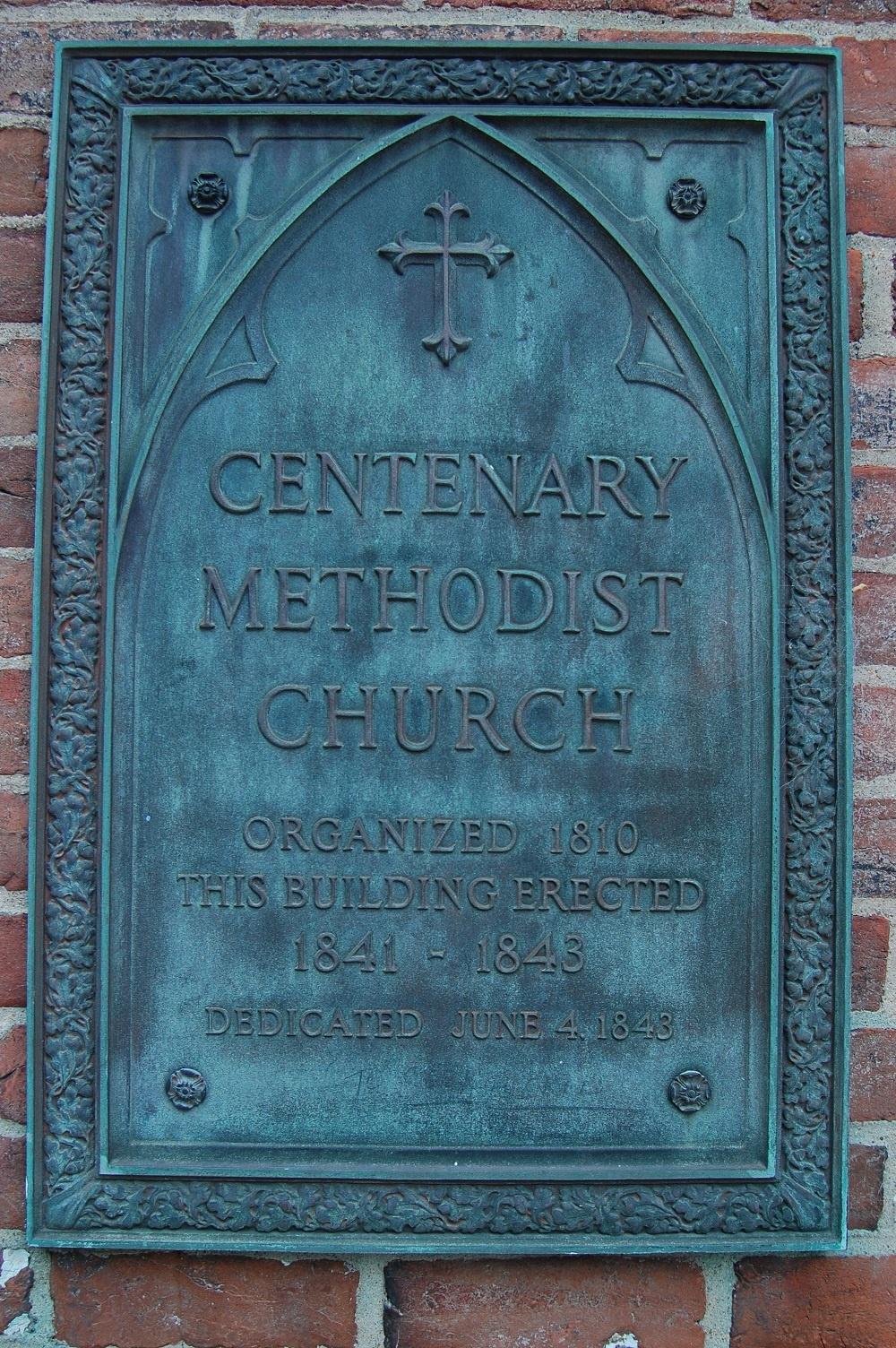 Historic Centenary in downtown Richmond and Trinity in the far west end are sister descendants of the mother church that built its first building in Shockoe Bottom in 1799. In 1810 land was purchased for a church on Shockoe Hill. In 1827 a larger church, named Trinity, was built in Shockoe Bottom. Later this congregation moved to East Broad Street.

The Methodist Meeting House on Shockoe Hill, located at 410 "I" Street (now Marshall), served the western section of the city until 1843. In 1839, to celebrate Methodism's Centennial, Virginia Methodists raised money for a new church. The old "Meeting House" became the new Centenary. Constructed in Tuscan style, the new church located at 411 E. Grace (then "G" Street) was dedicated in June, 1843. Pews were rented to help pay for the building.

During the Civil War the first floor of the church (now the Fellowship Hall) was used as an emergency hospital. In 1874 the building was made Gothic Revival in design and the present tower was erected. In 1877 the Ladies' Aid and Circle of Industry purchased the first pipe organ. Instrument and choir were in the balcony at the front of the Nave (over the front door on Grace Street). 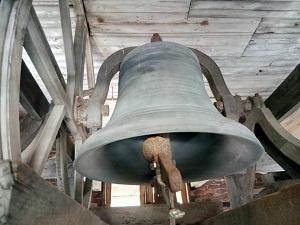 In 1882 twelve chime bells were hung in the tower. The largest bell weighs 4,000 pounds. It was pulled up into its position in the tower by members of the congregation. As they pulled the hoisting rope they marched up the street singing "Onward, Christian Soldiers." The bells were chimed for the first time on Easter Sunday, April 23, 1882 and are still played daily. Pews with hand-carved ends were installed in 1882 and in the 1890's the ladies purchased the marble baptismal font from Tiffany and Son in New York City (it was shipped from London). In 1896 a brick addition at the rear of the Nave (behind the pulpit) provided space for organ and choir. The cathedral glass windows were installed in 1906.

In the 20th century the location of Centenary Church became the heart of downtown Richmond. While all the other Methodist congregations relocated in the suburbs, Centenary chose to remain downtown to be a presence in the center of the capital city. Centenary helped start 5 churches: Clay Street (the old church became A.M.E., Zion, and that congregation built Boulevard); Laurel Street (this church in Oregon Hill burned, and it merged with St. Andrews in the west end); Park Place (this church across from Monroe Park burned, was rebuilt and named Pace Memorial); Highland Springs; and Highland Park.

The name of the devotional periodical of The United Methodist Church, The Upper Room, was inspired by a sermon preached at Centenary Church by Dr. J. W. Smith.

In May, 2009, Centenary declared itself “a Reconciling Congregation, extending hospitality and encouraging full participation of all, regardless of age, race, national origin, gender, gender identity, sexual orientation, marital status, educational or economic background, and physical or mental ability.”

Centenary thus joined the Reconciling Ministries Network, a movement within the United Methodist Church, and became the first church in the Virginia Conference to do so. A committee led by Karen Junker wrote the Welcoming Statement, quoted above, deciding it should address diversity more broadly than just sexuality. When brought before the Church’s Administrative Council, it passed without amendment by an overwhelmingly positive vote.

Today Centenary’s Welcoming Statement not only declares our congregation’s stance on an issue that still divides the denomination, but also defines our character and informs our mission, which is “to change the world through love.”